Mitochondria, Mitochondria Function, And Evolution In Cancer I Research Tweet

From a very long time, it was accepted that mitochondria act as a powerhouse of the cell because 95% of energy in the form of ATP generated inside of mitochondria through oxidative phosphorylation.

However, with the advancement of science, it is now accepted that role of mitochondria is not only limited to energy production but it also regulates various physiological process.

Being a key regulator of metabolism, mitochondria also plays a key role in the signaling of various cellular process including cellular proliferation, cell death, senescence, inflammation and differentiation.

The architecture and distribution of mitochondria is highly dynamic and varies depending on cellular origin, physiological conditions such as nutrients availability, aging and pathological condition.

During the course of oxidative metabolism in the mitochondria, various metabolites generated in TCA cycle, directly influence the gene expression via histones acetylation or direct regulation of enzymes involved in promoter methylation.

Mitochondrial function is highly adaptive and strictly coordinated in order to meet cell-specific requirements and their dysfunction associated with various pathological condition ranging from neurodegeneration and type 2 diabetes mellitus (T2DM) to cancer initiation and progressio.

Erroneous mitochondrial metabolism has been long designated as a metabolic hallmark of rapidly proliferating or cancer cells.

Generation of dysfunctional mitochondrial metabolism either due to genetic error or conditional adaptability seems to play an essential role in tumorigenesis.

Evolution of mitochondria as a signaling organelle

Mitochondria, a semiautonomous, double-membrane organelle popularly known as the ‘powerhouses’ of the cells due to the fact that bulk source of energy in the form of ATP comes from mitochondria.

It is widely accepted from a very long time that oxidation of pyruvate, a glycolytic end product occurs in mitochondria, a phenomenon known as “aerobic respiration”.

As a result of pyruvate oxidation, reduced cofactors such a NADH generated which in turn drive the electron transport chain (ETC).

Complete oxidation generates about 36 moles of ATP from one mole of glucose typically require oxygen–respiring mitochondria. Although, this type of mitochondria exist from unicellular eukaryotes (protists) to mammals.

However, in many invertebrates such as Fasciola hepatica and mollusks, the mitochondria anaerobically respire and thus generate less amount of ATP as compare to typical aerobic respiration.

Human intestinal parasite Entamoeba histolytica possesses small, inconspicuous mitochondria known as Mitosomes, are not involved in ATP synthesis at all.

However, competing theories about mitochondrial evolution is still paradoxical. In 1970, Lynn Margulis proposed the idea that eukaryotic organelles such as mitochondria and chloroplasts evolved from free-living bacteria via symbiosis within a eukaryotic host cell that was later supported by others in the early 20th century.

The earliest recognized hypothesis suggests that the divergence of alphaproteobacteria leads to mitochondrial evolution.

According to the endosymbiont hypothesis, once an independent prokaryote but later on mitochondria engulfed into host archaeon and retained as endosymbionts by then.

As a result of endosymbiosis, mitochondria participated in energy production, particularly ATP synthesis and also involved in reactive oxygen species detoxification for their host archaeon.

High survival pressure on archaeon due to the limitation of carbon source leads to fusion of archaeon and α-proteobacteria.

As a consequence, α-proteobacteria utilize organic compounds provided by archaeon in order to generate H2, CO2, and acetate which support archaeon survival.

Nutritional-dependency turned-evolution of this metabolic symbiosis develop a mechanism of communication such acetate-mediated generation of acetyl-coA help to regulate enzymatic action via protein acetylation.

Moreover, acetylation of protein using acetate as a primary carbon source utilized by a variety of organism residing on the phylogenetic tree.

Moreover, superoxide generation by α-proteobacteria from respiratory chain also utilized as another medium of communication by oxidizing cysteine residue of proteins.

Over the course of evolution of this metabolic symbiosis, now mitochondria evolved and possess a very efficient machinery to generate energy as well as a variety of TCA metabolites that dictate cell fate.

Mitochondria as a signaling hub in cancer progression

Earlier role of mitochondrial function in the cells was only limited to energy production.

Based on the increased understanding of mitochondrial energetics in the past few decades, it’s now established that mitochondria also function as an important signaling organelle.

Mitochondrial metabolism not only regulates the bioenergetics, but also dictate cellular fate, and survival.

The importance of mitochondria in cancer also confirms their involvement in the resistance to treatment. During the oncogenesis, the transformed cells not only utilize central bioenergetic functions of mitochondria but they also rely on aberrant mitochondrial metabolism in order to support huge building blocks requirement for tumor anabolism.

Thus mitochondrial metabolism serves as a pool of signaling molecule that actively participate and decide the fate of cancer cells. 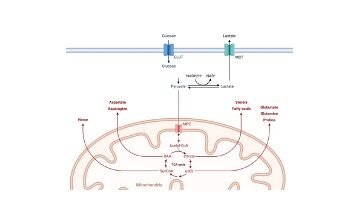 The Warburg Effect: How Does it Benefit Cells? In oncology the Warburg effect is the perception that most cancer cells prevalently produce energy by a high pace of glycolysis followed by lactic acid maturation in Read more… 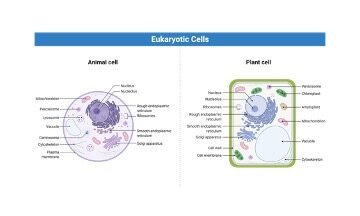 What is Cytoplasm? The cytoplasm is the ground substance present between the plasma film and core of all cells with the exception of viral cells. It is a shapeless, clear, homogenous, colloidal substance, separated into Read more… 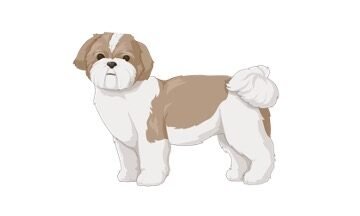 Dog Down Syndrome Many disorders are common in all organisms sustaining in this world. Any change in structure or number of an organism result in genetic disorders, as a result of these mutations many severe Read more…