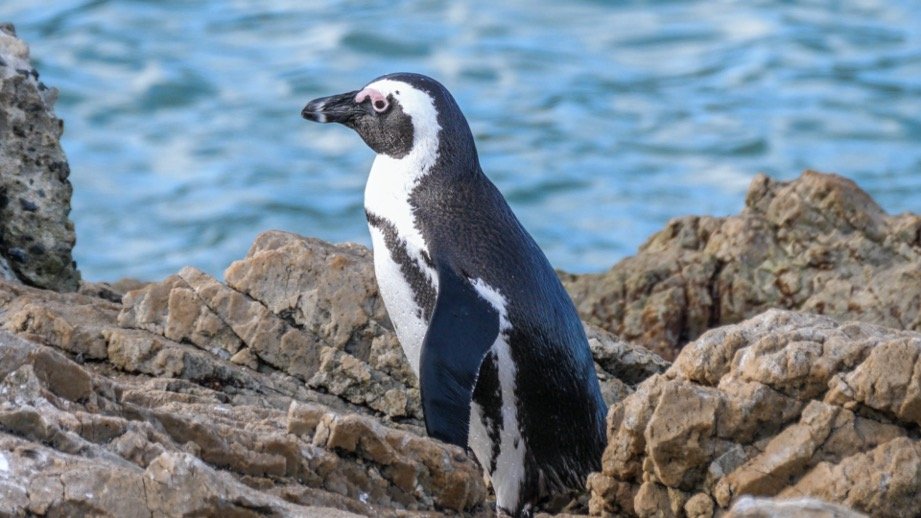 Appearance of the African Penguin

It is fairly easy to distinguish the African Penguin from other penguin species because of its clear black and white markings as well as its sharply pointed black beak. In addition, the African Penguin has black feet and a number of dot-like markings flecked across its white chest that are claimed to be as unique to each individual.

Penguin as a human finger print, as well as a narrow black band around its neck. African Penguins are often somewhat larger in size than their female counterparts, but they are otherwise very similar in appearance.

One of the most distinguishing characteristics of the African Penguin is the presence of pink glands above their eyes, which enable them to survive in more temperate temperatures than their counterparts.

The more hot it becomes for the African Penguin, the more blood is transported to these glands so that it may be cooled by the surrounding air, which causes these glands to become more pink in color.

Geographical Distribution and Habitat of the African Penguin

It is in the frigid, nutrient-rich waters of the Benguela Current that African Penguins are most abundantly found, and it is in these waters that they find the most food.

The African Penguin, despite the fact that they spend the majority of their time at sea, congregates in nesting sites on rocky islands, where they spend their days in sheltered burrows to avoid the scorching sun.

Their burrowing habits, as well as their appearance at dusk and dawn, and the use of pink glands above their eyes to cool their blood, make them one of the only penguin species that may be found in non-freezing weather.

Behavior and Lifestyle of the African Penguin

African Penguins, like many other penguin species, are extremely gregarious birds, with adults maintaining lifelong pair connections with their young and with each other (as long as 10 years).

African Penguins are frequently observed grooming one another, which is not only beneficial for cleaning purposes, but also for removing parasites and even simply rearranging feathers, thereby reinforcing the social relationship between the pair on a continual basis.

In their courtship rituals, the male and female Penguins use a succession of donkey-like sounds to communicate with one another, which may be rather loud at times.

Apart from bathing, African Penguins are also known to take a dip in a body of water only a few metres from the coast, which they are believed to do on a regular basis to keep themselves clean and to cool themselves down in the heat. 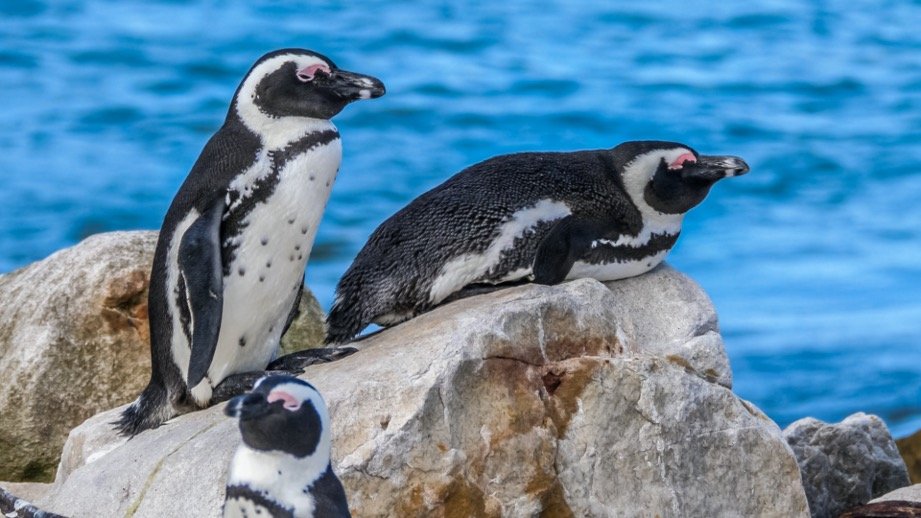 Reproduction and Life Cycles of the African Penguin

A male and a female African Penguin will couple up and begin breeding at the age of four on average, after which they will likely continue to breed together for the remainder of their lives.

The female African Penguin either digs a tunnel or finds a dip behind a rock or bush in which to lay her two eggs, which hatch after about a month. When the eggs are laid, both parents incubate them for up to 40 days, during which time only one of the eggs will hatch.

They are fed and kept warm by their parents continuously until they are a month old, at which point they are left on their own, creating crèches with other chicks for protection from predators. After that, they are released back into the wild.

They tend to stay with their parents until they are between 3 and 5 months old, at which point they will leave the colony for the first time on their own (this is dependant though on the supply and quality of food in the area).

After a few of years, the chicks return to the colony to moult into their adult plumage, which takes about a month. African Penguins have a lifespan of between 10 and 15 years on average.

Diet and Prey of the African Penguin

The majority of the African Penguin’s diet consists of shoaling fish such as anchovies, sardines, horse mackerel, and round herrings, with the occasional Squid or crustacean thrown in for good measure when usual food sources are in limited supply.

The African Penguin’s streamlined physique allows it to move through water like a rocket, and it is capable of reaching high speeds of over 20 kilometres per hour when looking for food. During their hunting expeditions, African Penguins dive into the water depths for up to 2 minutes at a time to catch their prey.

It is not uncommon for them to be observed hunting at depths of more than 100 metres beneath the surface of the water, despite the fact that they generally only dive to a depth of around 30 metres.

Because of the African Penguin’s diminutive size, it is preyed upon by a large number of predators, both in the water and on dry land.

Their aquatic predators are largely sharks and Cape fur seals, but the greatest threat to them on land is not just to the adult Penguins, but also to the eggs and chicks, which are particularly sensitive to predators.

Kelp gulls and scare ibises feast on them from the air, and Mongooses, Snakes, and Leopards have been observed chasing them on the ground, according to the research.

When it comes to Human activity in its natural regions, the African Penguin has also been significantly impacted, with populations believed to have declined dramatically, primarily due to the exploitation of their eggs for food when they were first found. They are also seriously harmed by the destruction of their native habitats, which occurs frequently.

Penguins have more feathers than any other bird, and these feathers operate as a waterproof barrier to keep their skin from becoming soaked.

African Penguins are known to spend extended periods of time fishing at sea, and depending on the region, they can travel anywhere from 30 to 110 kilometres in a single trip to find food.  African Penguins with chicks, on the other hand, will rarely travel so far from the shore, preferring to catch food as close to the shore as feasible and as rapidly as possible.

The African Penguin is also referred to as the Jackass Penguin because to the donkey-like call that they make during their courtship rituals, which has earned them the nickname.

The Conservation Status of African Penguins and Their Daily Lives

The African Penguin is currently considered to be a vulnerable species by the International Union for Conservation of Nature (IUCN) and has been categorised as Endangered. It is estimated that the current African Penguin population, which numbers approximately 70,000 breeding pairs, represents fewer than 10% of the population that existed in 1900.

Are African Penguins vegetarians, carnivores, or omnivores, depending on their diet?

African Penguins are Carnivores, which means that they devour other creatures such as birds and mammals.

The African Penguins are members of which Kingdom?

African Penguins are classified as members of the Kingdom Animalia.

African Penguins are belonging to which phylum?

African Penguins are classified as members of the phylum Chordata.

The African Penguins are a member of what family?

African Penguins are members of the Spheniscidae family of penguins.

The African Penguins are classified into what order?

African Penguins are members of the order Sphenisciformes, which means “penguin-like creatures.”

Is there a specific type of covering for African Penguins?

What genus do African Penguins belong to?

Spheniscus penguins are found in Africa and are members of the genus Spheniscus.

What kind of habitat do African Penguins have?

African Penguins are found along the coast of southwestern Africa.