The typical chromosomal complement in humans is 46, with 22 pairs of autosomes (chromosomes that are identical in males and females) and one pair of largely mismatched sex chromosomes that define an organism’s sex and many sex-related traits.

The sex chromosomes in humans are known as X and Y. Males have an X and a Y chromosome, whereas females have a pair of X chromosomes, one from each parent. 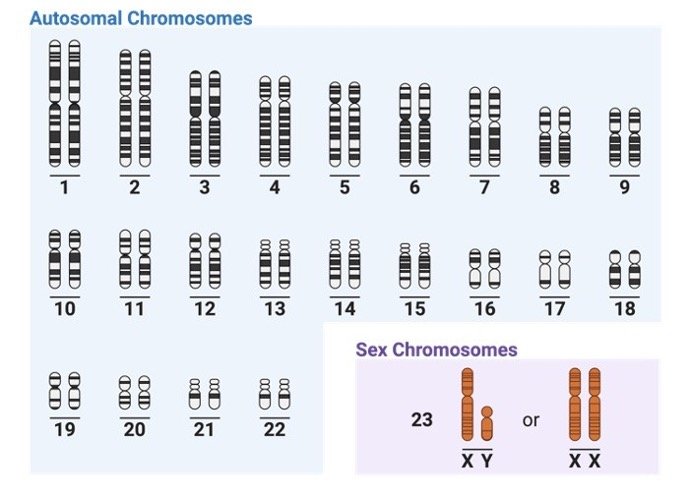 The sex of a person is decided by the sperm gamete. Female animals are considered to be homogametic since they have an X chromosome in all of their gametes. Because they generate both X and Y-bearing gametes, males are known as heterogametic.

However, later in development, detrimental genes exposed to the X chromosome counteract this male advantage, and the birth rate of males and females is roughly equal. 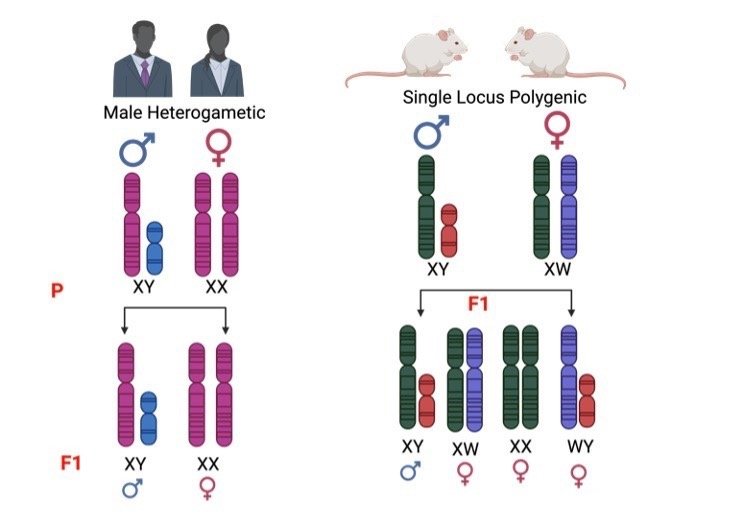 This area contains just a few genes, including the amelogenin gene, which forms tooth enamel. X-linked or sex-linked genes are those found on the X chromosome. Because only females are born with two X chromosomes, X-linked gene dominance is only seen in females.

Because men only have one X chromosome, regardless of dominance, all of their X related alleles are expressed in phenotypic form.

The arrows in the diagram above show sex-linked genes on the X chromosome. Because there are no comparable genes on the Y chromosome, all of those genes are expressed in this homologous pairing.

There are additional parts of the Y chromosome that aren’t found on the X chromosome. The Sry gene, which is male-determining in mammals, is one of these Y-linked genes. These sex-linked genes are freely expressed when an individual has an XY chromosomal complement (i.e. a male).

Because males and females have differing numbers of X chromosomes, the activity of genes on the X chromosomes must be controlled in males to avoid genetic imbalance. Monosomy, or having only one copy of a typically paired chromosome, is fatal to the remaining chromosomes.

In female animals, one of the two X chromosomes is substantially inactivated in every cell, resulting in a single active X chromosome in both men and females. This means that females who are heterozygous for any X chromosome gene may form genetic mosaics.

In humans, these X related genes have no apparent symptoms, but in cats, the presence of the orange gene on the X chromosome causes torties, where some patches of fur are orange and others are black. In heterozygous females, mosaicism for the X-linked gene for glucose-6-phosphate dehydrogenase has been found in cheek cell samples.

The following are some well-known human genes found on the X chromosome:

2. Hemophilia: A blood clotting disorder in which one of the proteins involved (clotting factor VIII) is faulty, resulting in excessive bleeding and bruising.