The mating season for the most birds is in the spring, but how do birds mate? Sexual copulation is required to fertilize eggs and nurture young birds, although the sex act is really only a brief component of the courting and pair bonding between birds. 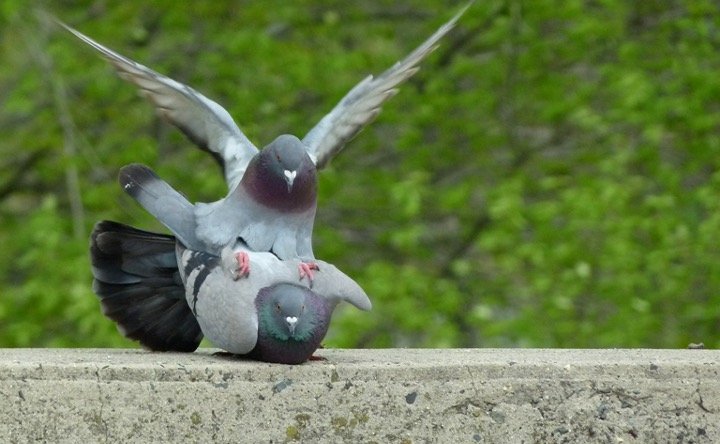 Most birds lack the reproductive organs seen in mammals. Both male and female birds, however, have a cloaca. This aperture, also known as the vent, acts as the departure point for their digestive, urinary, and reproductive systems. 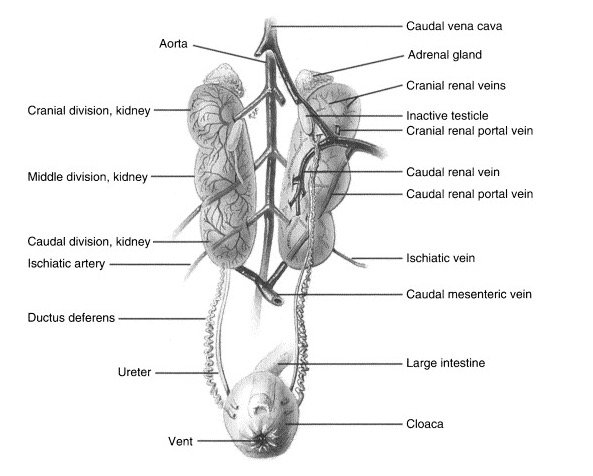 Diagram of the urogenital tract of a male bird. Credit: https://www.vetexotic.theclinics.com/

This means that the same entrance through which faeces and urine are excreted is also the orifice through which eggs are placed. The cloaca expands and may extend considerably outside the body during the mating season, but it is considerably less noticeable and not normally visible the remainder of the year. 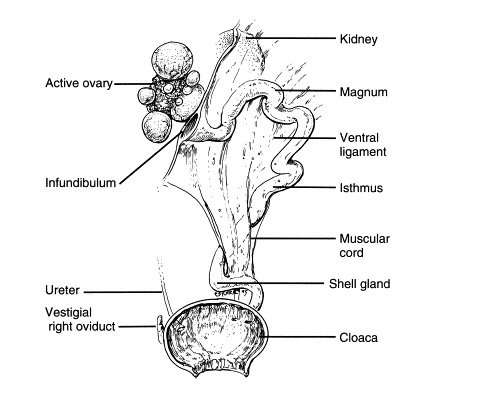 Diagram of the female reproductive tract of the bird. Credit: https://www.vetexotic.theclinics.com/

How Do Birds Reproduce?

When a bird is ready to reproduce, its reproductive organs—the testes and ovaries, swell and generate sperm and eggs. Male birds preserve sperm in their cloaca before a partner is available, and females accept that sperm within their cloaca before it goes further into their body to fertilize their eggs and initiate egg development.

A pair of birds’ courting might endure considerably longer than normal act of copulation. Courtship behavior may be divided into numerous stages, ranging from controlling territory to courting a potential mate with visual and aural displays like as dazzling plumage, amazing flights, sophisticated songs, or perhaps even sophisticated dances.

During the wooing stage, a male bird displays his health and strength in order to persuade a female that he really is her best prospective mate and would assist her produce the strongest, healthiest babies with the highest chance of survival. 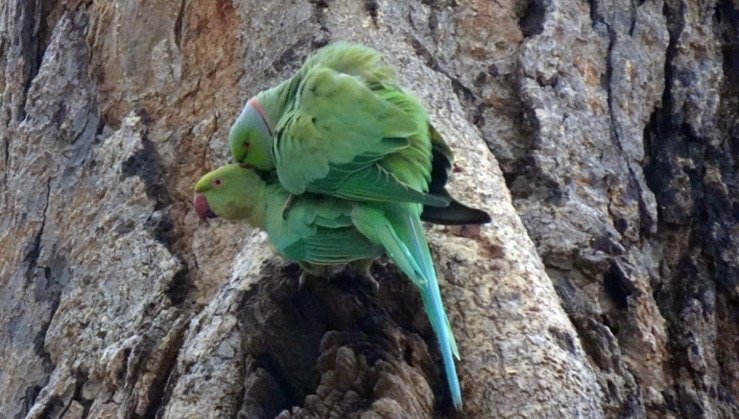 How Birds Have Sex?

The actual mating could take place once a female bird is susceptible to a mate, whether that be a new mate every mating season or just renewing bonds with a life-long spouse. Birds mate in a variety of positions and postures, but the most usual is for the male to hover on top of the female.

To help the male balance, the female may hunch, lay down, or bow, and both birds face the same way. She will then pull her tail away from his reach, exposing her cloaca, and that he will arch or curve his body so his cloaca may touch hers.

The short rubbing of cloacas lasts less than a second, yet the sperm is swiftly transmitted during this “cloacal kiss,” and the mating is accomplished. The balance may take longer if the birds remain in contact, and numerous “kisses” may occur within a few seconds.

Birds’ hormones would keep them thrilled for a week or longer, and they may mate numerous times during that time to maximize the odds of complete insemination. Numerous bird species, most prominently numerous swan, goose, and duck species, lack cloacas.

Male birds, on the other hand, have a real phallus (penis) that is placed into the female while breeding. In contrast to mammals, the penis is created by an expansion of the cloacal wall and is constructed by lymph instead of blood.

The presence of a penis allows many varieties of waterfowl to mate in the water even without sperm wiping away from such an exposed cloaca. Many other bird species, such as cassowaries, kiwis, and ostriches, have penises rather than cloacas, although the mating process is similarly short.

Following mating, the sperm goes to the ova to fertilize. Eggs can be laid in a matter of days or it might take several months until eggs are prepared to be laid and the nest’s final brooding starts.

If You See Mating Birds

Many birders are first ecstatic to witness unusual bird activity, but rapidly become ashamed or unpleasant when they realize they are witnessing birds having sex. Because the mating ritual is so quick, being seen usually does not bother the birds, but it is crucial to remember that this is still a critical period for bird partnerships.

If you witness mating birds, keep your distance since getting too closer may frighten the birds and cause them to flee, which might disrupt their courting or harm their pair connection. If the pair divides too soon, it may be difficult to raise a brood or complete a fruitful mating.

If the birds are badly disturbed, they may abandon their carefully selected territory and relocate to a less favorable region that may not offer all of their hatchlings’ food, shelter, as well as other closely – watched. After mating, the birds may stay close to nest and rear their young.

This can give a rare chance for birders to see a developing bird family, but the same precaution should be exercised in order to keep young birds safe. Excessive attention might cause parent birds to forsake their nests or hatchlings.

Attracting attention to the nest can potentially attract predators, so birders must exercise extreme caution not to disturb breeding birds in any manner. It’s amazing to see mating birds, and it’s a terrific reminder of how special spring birdwatching can be.

Acknowledging how birds reproduce allows birders to better recognize the unusual behaviors they observe in the wild and to take precautions to safeguard nesting birds and their young.