The human heart is made up of four chambers: two atria and two ventricles, each with its own set of functions. Each of the heart’s four chambers has a different role in blood circulation. Through the superior vena cava and inferior vena cava, the atria collect blood from various areas of the body, which is subsequently pushed into the lungs by the ventricles. The direction of blood flow inside the heart is controlled by valves located in various regions of the heart. Within the heart, cardiac valves allow blood to flow in one direction while preventing it from returning.

What is Semilunar Valve?

A mammal’s heart includes four valves: The atria and ventricles are separated by the two atrioventricular valves (AV valves). They restrict blood from returning from the ventricles to the atria. The bicuspid (mitral) and tricuspid valves are the two kinds. 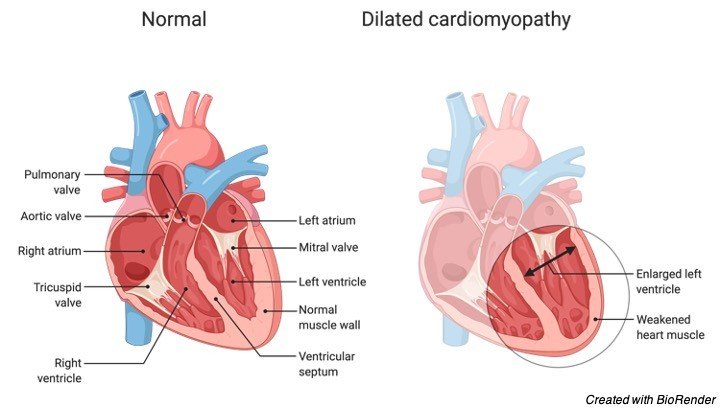 Heartbeats are the noises produced when valves shut. During a heartbeat, two different noises are heard: the first happens when the tricuspid and bicuspid AV valves shut, and the second occurs when the aortic and pulmonary SL valves close.

The action of the heart muscle and the numerous blood arteries around it causes cardiac sounds. The first cardiac sound is produced when the ventricles contract and the valves close owing to blood backflow.

Flaps or leaflets make up the semilunar valves in the heart. Leaflets are termed “semilunar” because their edges are linked to the artery wall in a half-moon shape. Each aortic and semilunar valve leaflet contains a fibrous tissue core and is lined by an endothelial tissue with an elastin coating. As a result, it’s known as the backbone, and it’s made up of a collagen layer that makes it looser. 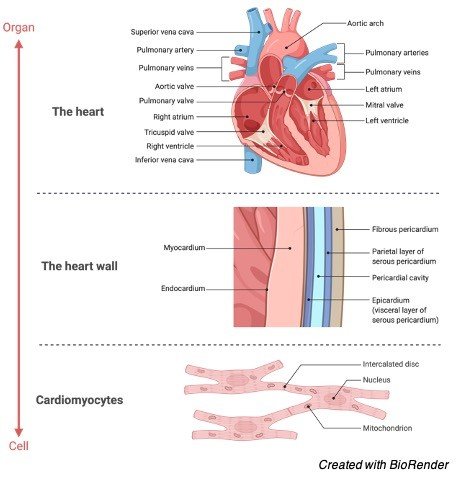 Connective tissues make up the semilunar valves. They are found at the junction of the pulmonary artery and the aorta with the left and right ventricles. They act as a barrier between the pulmonary artery and the aorta and the ventricles, preventing blood from flowing in the incorrect direction. A tiny portion of the artery wall is considered a ventricular structure as a result of their merger.

Both the aortic and pulmonary valves are made up of three cusps. Endocardium foldings cover the cusps of the valves of the heart. Semilunar valve cusps are thinner than atrioventricular valve leaflets, but their structure is identical, with the exception that they lack chordae tendineae. The aortic valve allows blood to flow from the left ventricle into the arteries in one direction.

Semilunar Valves of Other Animals

Humans and other animals have small variations in the form of cusps and the structure of semilunar valves. In swine, the noncoronary cusp is smaller than the other cusps, but in humans, the three cusps are all the same size. The aortic valve cusps of sheep are narrower than those of humans. In addition, when compared to other animals, humans have far fewer muscles that support the valves. In humans, the aortic valve is larger in diameter than in other species. The length of the membrane septum between the aortic and mitral valves varies by species, and it is nonexistent in sheep.

The atrioventricular valves are connected to the ventricle walls via the chordae tendineae. This attachment keeps valves from inverting. When the heart muscles contract, the pressure created by the flow of blood affects the valve’s opening and closing completely. The mitral valve, which is made up of two leaflets, the aortic and posterior leaflets, is positioned on the left side and allows blood to flow from the left atrium to the left ventricle.

Chordae tendineae do not connect semilunar valves to the walls of arteries. Instead, they’re found at the aorta’s and pulmonary artery’s ends. The aortic valve is a valve that unites the left ventricle and aorta. The right coronary cusp, the left coronary cusp, and the non-coronary cusp are the three cusps that make up the heart.

The myocardium contracts during systole, pushing the semilunar valve’s cusps to the exterior. The pressure on the cusps lessens when the heart muscles relax, allowing them to shut again. Semilunar valves allow blood to flow in one direction to big arteries, delivering blood to distant parts of the body while also preventing blood from large vessels such as the aorta and pulmonary artery from flowing back into the heart’s ventricles.

As a result of ventricular contraction, the pulmonary semilunar valve opens, allowing blood to flow in one direction to the aorta and pulmonary arteries. When the ventricles relax, the semilunar valves close because the pressure drops, resulting in the second heart sound (dub) P2.

Many people die each year as a result of valve disorders. Valve disorders are often defined by a lack of normal valve opening or closure, which can be caused by a blockage of blood flow, stenosis (valve narrowing), a fault in valve closure, or regurgitation (valve allowing the backflow of the blood).

Valve dysfunction worsens over time and can eventually result in ventricular compression. Valve stenosis is the most prevalent type of valve illness, in which the valve narrows as a result of thickening, and symptoms include angina, heart failure, and syncope. When the valve can not open correctly during systole, the ventricle contracts harder in order to transport blood to the lungs and other areas of the body.

Valve dysfunction can be detected clinically and by echocardiography, which is used to determine the disease’s development and severity. The majority of valve dysfunction illnesses are caused by hereditary abnormalities. Valvular illnesses are generally treated by surgical valve repair or replacement, but in rare cases, such as infective endocarditis, antibiotics may be required.

The term “regurgitation” refers to a valve malfunction that permits blood to flow in the incorrect direction. Any valve, including the pulmonary, aortic, mitral, and tricuspid insufficiencies, might be affected by this condition. Stenosis, like regurgitation, may damage any valve.

Infectious endocarditis can cause inflammation of one of the valves, which can lead to bacteria infecting the injured valves. Nonbacterial thrombolytic endocarditis is another kind of endocarditis that affects healthy valves.

Valve dysfunction can be inherited (e.g., pulmonary regurgitation) or acquired as a result of other diseases, including hypertension, infective endocarditis, and connective tissue disorders. The kind and degree of the illness, as well as the afflicted valve, determine the clinical symptoms of valve dysfunction. Fever can be caused by valve illness caused by bacterial infective endocarditis, whereas dyspnea might be caused by aortic regurgitation or stenosis.

Valve malfunction can cause embolism as a result of uncontrolled blood flow, which can lead to heart failure.

The most frequent semilunar valve failure is bicuspid aortic valve dysfunction, which is a congenital cardiac abnormality. It occurs when the aorta develops with two cusps instead of three cusps owing to the fusion of two cusps during the embryonic phases of the heart’s development. This disease is generally undetectable until calcific aortic stenosis develops after ten or more years.

Pulmonary atresia, in which the pulmonary valve is entirely blocked, is another semilunar malfunction.

The semilunar valve that has failed might be repaired or replaced. The restoration of the form and function of a semilunar valve is called repair. Valve repair is commonly used to address regurgitation and, to a lesser extent, stenosis. The defective valve is replaced with a prosthetic or a native valve during valve replacement. Mechanical or tissue valves are the two types of artificial heart valves.

Young people choose mechanical valves because they last longer than tissue valves. Furthermore, they raise the danger of blood clot development, which might result in an embolism. As a result, chronic anticoagulant usage is linked to this type of artificial valve. Mechanical valves are metal valves that are not the same as conventional valves.

Animal pericardial or valve tissues make up tissue valves. Because animal tissue artificial valves are made out of leaflets that form cusps, they mimic natural heart valves.