Membranes are made up of two layers of lipids, the majority of which are phospholipids, with embedded proteins. The embedded proteins play a vital role in facilitating the passage of molecules across the membrane. The membrane is structured as a bimolecular layer, with the non-polar part in the centre (away from water since it is hydrophobic) and the polar regions facing outward: the extracellular fluid and the cytosol.

Another way to see it is as two rows of pins, with the heads on the outside and the needle on the inside. Heads, Needles, Needles, Heads As if it were a sandwich. The overall bi-layer structure has flexible fluidity because the phospholipid molecules are not chemically linked to any other, and therefore, each molecule is free to move freely. Cholesterol molecules are also anchored in the plasma membrane, where they form vesicles that transport chemicals to cell organelles.

There are two types of proteins that are embedded in the membrane.

Peripheral membrane proteins are proteins that interact with cytoskeletal components on the membrane surface, primarily on the cytosolic side, to impact cell shape and motility. These proteins are attached to the polar domains of the integral proteins and are not amphipathic.

Integral membrane proteins cover the whole width of the membrane, allowing them to pass through both the polar and non-polar sections. The lipid bilayer can not be disrupted if these proteins are removed from the membrane.

It’s crucial to remember that membrane functions are determined by the chemical composition of the membrane’s two sides, as well as any asymmetries in composition between the two surfaces, and the specific proteins connected to or linked with the membrane. Monosaccharides are connected to the membrane lipids and proteins by an external surface layer on the plasma membrane. The glycocalyx is a layer that is crucial in the intercellular recognition process. 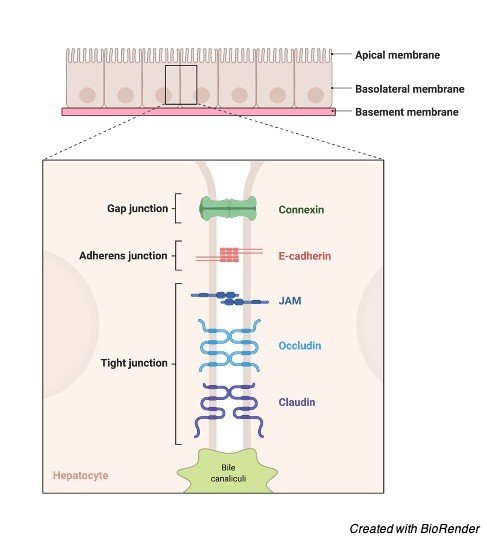 Desmosomes can connect two cells that are nearby but not connected. Desmosomes are dense protein accumulations on the cytoplasmic surface of two distinct cell plasma membranes. They’ve been invaded by protein fibres that have penetrated both cells. Desmosomes’ goal and function is to keep neighbouring cells securely in place in regions that are stretched, such as the skin.

The tight junction is another form of membrane junction. The extracellular surfaces of two neighbouring plasma membranes are physically joined to produce these junctions. Tight junctions are crucial in regions where additional control over tissue functions is required, such as the absorption-related epithelial cells of the gut.

Finally, gap junctions are protein channels that connect the cytoplasms of neighbouring cells. The disadvantage of this “direct connection” is that it only allows for the passage of smaller molecules.

The small workhouses within the cell are known as cell organelles. Each cell is responsible for all of life’s operations. By breaching the plasma membrane, homogenising the mixture, and ultracentrifuging it, organelles can be liberated. Organelles vary in size and density, and they settle out at varying speeds.

Most cells have a nucleus in the middle. Some cells, such as skeletal muscle, have numerous nuclei, whereas others, such as red blood cells, do not. The nucleus is the membrane-bound organelle with the greatest size. It is in charge of storing and transferring genetic data, in particular.

A selective nuclear envelope surrounds the nucleus. The nuclear envelope is made up of two membranes that are connected at regular intervals to produce nuclear pores, which are circular holes. RNA molecules and proteins that modulate DNA expression are able to pass through the pores and into the cytoplasm.

An energy-dependent mechanism that changes the width of the pores in response to signals controls the selection process. DNA and proteins bind together inside the nucleus to create chromatin, a network of threads. When a cell divides, the chromatin becomes essential because it gets tightly condensed, creating rodlike chromosomes with entangled DNA.

The nucleolus is a filamentous area located within the nucleus. This is where the RNA and protein components of ribosomes are put together. The nucleolus is an area, not a membrane-bound structure.

Ribosomes are the locations where amino acids are converted into protein molecules. Proteins and RNA make up their structure. Some ribosomes are linked to the granular endoplasmic reticulum, whereas others are seen floating about in the cytoplasm.

Proteins produced on ribosomes attached to granular endoplasmic reticulum are transported to the Golgi apparatus from the lumen (open space inside the endoplasmic reticulum) for secretion outside the cell or distribution to other organelles. Free ribosomes produce proteins that are discharged into the cytosol. 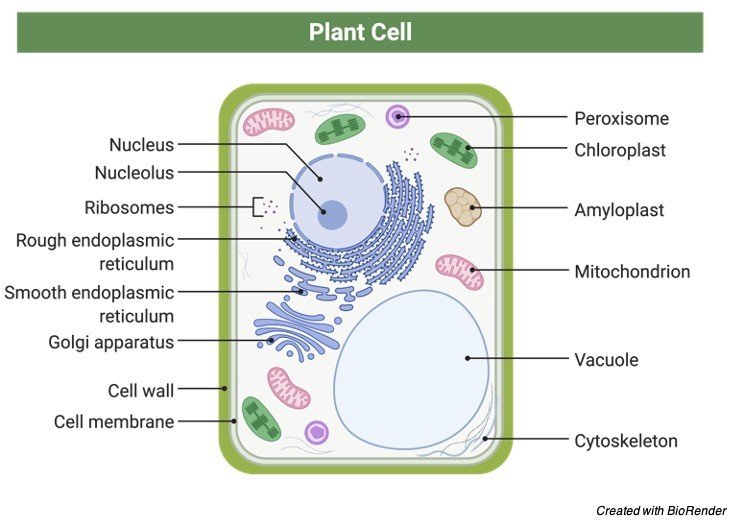 The Golgi apparatus is a membrane-bound sac that modifies and sorts proteins into secretory and transport vesicles. The vesicles are subsequently transported to the plasma membrane and other cell organelles. Although some cells have numerous Golgi apparatuses, most cells have at least one. The apparatus is typically found close to the nucleus.

Endosomes are tubular and vesicular structures that are membrane-bound and situated between the plasma membrane and the Golgi apparatus. By pinching off vesicles or fusing them, they sort and direct vesicular traffic.

Mitochondria are among the most vital organs in the human body. They are the location of a number of chemical reactions that take place during the production of energy packets known as ATP (adenosine triphosphate). There are two membranes that surround each mitochondrion. The outside membrane is smooth, while the inner membrane is folded into cristae-like tubule formations.

Mitochondria are unusual in that they include a small quantity of DNA that contains the genes for the production of certain mitochondrial proteins. Only the mother’s DNA is passed on to the children. Cells with higher activity have more mitochondria, whereas cells with lower activity require fewer energy-producing mitochondria.

A single membrane connects lysosomes, which contain a highly acidic fluid. The fluid contains digestive enzymes that aid in the breakdown of germs and cell waste. They serve a crucial function in the immune system’s cells.

A single membrane also binds peroxisomes. They absorb oxygen and use it to fuel processes that produce hydrogen peroxide by removing hydrogen from different compounds. They are necessary for the cell’s chemical equilibrium to be maintained.

The cytoskeleton is a filamentous network of proteins that are involved in maintaining and changing cell shape as well as cell mobility. The cytoskeleton also creates tracks for cell organelles to move along, which are pushed by contractile proteins on their different surfaces. Inside the cell, it’s like a mini-highway system. The cytoskeleton is made up of three kinds of filaments.

Microfilaments are the cytoskeleton proteins that are the thinnest and most numerous. They are made up of actin, a contractile protein that can be swiftly built and disassembled to meet the demands of the cell or organelle structure.

Intermediate filaments have a somewhat bigger diameter and are present in greater numbers in areas of cells that will be stressed. Filaments will be seen in desmosomes in the skin. These filaments can not be disassembled quickly after they have been assembled.

Microtubules are hollow tubes made out of tubulin, a protein. They are the most stiff and thickest of the filaments. Axons and long dendritic projections of nerve cells include microtubules. They can quickly assemble and disassemble depending on the situation. Microtubules are organised around the centrosome, which contains two centrioles made up of nine sets of fused microtubules. When the centrosome creates the microtubluar spindle fibres required for chromosomal separation during cell division, they are crucial.

Finally, cilia are motile projections on the surface of certain epithelial cells that look like hairs. They feature a 9-set fused microtubule core in the centre. These microtubules cause cilia to move when they interact with a contractile protein. The luminal contents of hollow organs lined by ciliated epithelium are propelled by ciliar motions.