Several man-made chemicals find their way into the environment and pose health risk to human population.

These chemicals have been found to interact with the vital tissue macromolecules regulating the cellular functions leading to long lasting health disorders.

Acute and chronic exposure to environmental chemicals such as pesticide, metals, polycyclic aromatic hydrocarbons (PAHs), radiation and others have been shown to produce marked toxicity at the target sites.

Some of these chemicals affect the DNA, which is the carrier of inherited information and any gross change in its structure potentiates serious biological changes.

Hence there is a need to test the chemicals for their genotoxic potential before being released into the environment.

However, these are time consuming, resource intensive and require proliferating cell population.

Hence, newer and more sensitive test systems have now been introduced for assessing the genotoxicity of chemicals.

The comet assay and microgel electrophoresis (MGE) were first introduced by Ostling and Johanson in 1984.

This was a neutral assay in which the lysis and electrophoresis were done under neutral conditions.

The image obtained looks like a “comet” with a distinct head, comprising of intact DNA and a tail, consisting of damaged or broken pieces of DNA hence the name “Comet” Assay was given.

The extent of DNA liberated from the head of the comet was the function of the dose of damage.

This method was developed to measure low levels of strand breaks with high sensitivity.

This method is optimized to detect a subpopulation of cells with varying sensitivity to drug or radiation.

The single cell gel electrophoresis or comet assay is one such state-of-the-art technique for the measurement of DNA damage and repair in vitro in any eukaryotic cell and some prokaryotic cells.

This technique is rapid, non-invasive, sensitive, visual and inexpensive as compared to the conventional techniques and is a powerful tool to study factors modifying mutagenicity and carcinogenicity.

The assay works upon the principle that strand breakage of the super coiled duplex DNA leads to the reduction of the size of the large molecule and these strands can be stretched out by electrophoresis.

Comets form as the broken ends of the negatively charged DNA molecule become free to migrate in the electric field towards the anode.

Two principles in the formation of the comet are:

1. DNA migration is a function of both size and the number of broken ends of the DNA

2. Tail length increases with damage initially and then reaches a maximum

1. It is a non-invasive technique.

2. It requires <10,000 cells and collection of data at the level of the individual cell, allowing for more robust types of statistical analyses.

5. Duration of this experiment is few hours only whereas conventional cytogenetic assays require few days.

6. Single strand breaks (SSBs) and alkali labile lesions (capable of being transformed into SSBs under alkaline conditions) in the DNA of individual cells can be assessed.

Blood was diluted with 1X PBS in the ratio of 1:3 (Blood: PBS) and layered on lymphocyte separation medium (LSM) (1 ml of LSM per 3 ml of diluted blood)

Lymphocyte layer was collected and diluted with 1X PBS in the ratio of 1:1.

Again it was centrifuged at 400 g for 10 mins at 15oC to get the lymphocyte pellet.

Pellet was resuspended in 1X PBS.

An aliquot of cells were treated with two different concentrations of H2O2 (25 μM and 50 μM) for 15 minutes and the other aliquot of untreated cells were used as negative control.

A layer of 1% normal melting point agarose (NMPA) was prepared on frosted-end slides and slides were kept overnight at 37oC.

The suspension of 200 μl LMPA and cells was layered on to the precoated slides and covered with cover slips.

The layer was allowed to solidify at 4oC for 15 mins.

After solidification of the layer, cover slips were removed.

Slides were immersed in cold lysis solution (pH 10) and kept at 4C for 3 hours.

This helps in allowing denaturation of DNA.

Slides were neutralized in chilled distilled water for 5 min and stained with 5 μg/ml propidium iodide for 20 mins.

For visualization of DNA damage, observations are made with PI stained DNA using a 10X/20X objective on a fluorescent microscope.

Any image analysis system may be suitable for the quantification of SCGE data.

CASP, freely downloadable software, is used to assess the quantitative extent of DNA damage in the cells by measuring the length of DNA migration and the percentage of migrated DNA.

The software calculates the tails moment and olive tail moment.

Generally, 50 to 100 randomly selected cells are analyzed per sample.

The softwares are designed to differentiate comet head from tail and to measure a variety of parameters including tail length; % of total fluorescence in head and tail; and ‘tail moment’, calculated in different ways but essentially representing the product of tail length and relative tail intensity.

Percent DNA in tail is linearly related to DNA break frequency up to about 80% in tail, and this defines the useful range of the assay.

Tail length tends to increase rapidly with dose at low levels of damage, but soon reaches its maximum.

It is therefore the most sensitive parameter at near-background levels of damage.

Tail moment is an attempt to combine the information of tail length and tail intensity, but suffers from lack of linearity.

The CASP software can be downloaded from http://www.casplab.com

The small rectangle at the bottom of each picture is generated by CASP as background reference.

3. Tail length = Tail length is the distance of DNA migration from the body of the nuclear core and it is used to evaluate the extent of DNA damage.

5. Olive tail moment = Tail moment is defined as the product of the tail length and the fraction of total DNA in the tail.

Tail moment incorporates a measure of both the smallest detectable size of migrating DNA (reflected in the comet tail length) and the number of relaxed/ broken pieces (represented by the intensity of DNA in the tail).

About MTT Assay Cytotoxicity assays are routinely used to calculate the effectiveness of a chemotherapeutic drug against cancer cells. MTT assay is used to evaluate the cytotoxicity. MTT assay evaluates the effect of a drug

Iodine Test Definition The iodine test is a starch identification test based on a chemical reaction. Iodine and starch generate a unique blue-black coloured complex in this test. What does Iodine Test for? The iodine 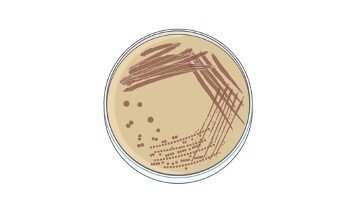 Lecithinase Test Lecithinase test can also be called as Naglers reaction. This is considered as one of the important biochemical tests which helps us to identify the organisms that has its ability to liberate the