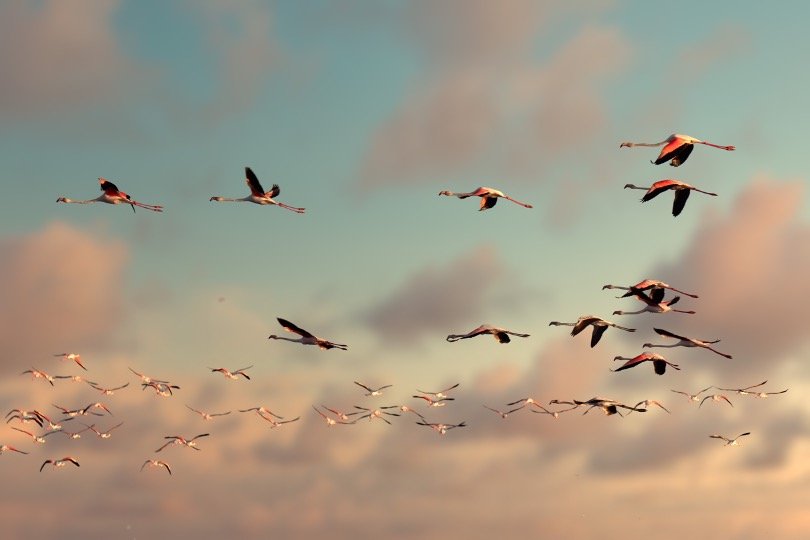 Do All Birds Migrate?

It’s no wonder that bird migration is stunning, with its massive groups, perilous risks, and mind-boggling distances. So stunning, in fact, that the vast seasonal migration of birds frequently overshadows the flexibility and durability of hardy species that remain in the same area year after year.

But, in an era where migration is common, what birds don’t move, and why don’t they?

The Benefits Of Not Migrating

Migration is a risky voyage, and birds that do not migrate escape the dangers that come with travelling from one location to another, such as predation, hunting, habitat loss, storms, and more. Aside from avoiding those dangers, there are a variety of additional reasons birds do not migrate, including:

• Saving Energy: Non-migratory birds do not need to waste a great deal of energy to travel. Instead, they may utilize their energy to forage, monitor for predators, defend their territory, preen, continue producing chicks, and perform other actions that will help them survive.

• Defending Territory: The best eating and breeding grounds are eagerly sought after, yet they must be defended by a bird. Birds that do not migrate may exploit such excellent habitats all year and are well prepared to protect them when migratory birds arrive in the spring.

• Nurturing Young: When a bird will not have to migrate, it may devote more time to its young. This increased parental care increases the chances of young birds surviving and becoming robust and healthy. Some non-migratory birds may also have multiple broods later this season, providing them with even more young to carry on the following generation.

Of fact, birds do not deliberately choose not to migrate since migration is an innate, intuitive activity. Nevertheless, whilst some birds have acquired the capacity to accurately find their way through this incredible voyage, others have evolved to make the best of not migrating whatsoever.

Many more birds do not migrate than most birders believe, and at least some species in almost every scientific bird family escape the rigors of migration. Some of the most well-known birds which do not migrate in North America include:

• Black vultures and crested caracaras are among the scavenging birds of prey.

These are only a few examples of non-migratory North American birds. Even while outlying populations move, many others migrate relatively minimally and inhabit a major core of their distribution year round. Comparable bird groups, such as tits, woodpeckers, corvids, game birds, and scavengers, migrate very rarely in other regions of the world.

How Birds Adapt To Not Migrating?

Birds that do not migrate should find a way to survive in the same area year after year because migration is such an important aspect of their existence. While each species adapt differently based on customer needs and the conditions of their range, the following are examples of common modifications birds may have instead of migrating:

• Changing Food Preferences: When a bird does not migrate to a region with more abundant food supplies, it must adjust to live on foods that are accessible in various times of the year. Birds which do not migrate may feed on buds, insects, berries, and seeds in the spring and summer, then switch to fruit and nuts in the fall and winter while other perishable goods are depleted. When other meals are short, bird feeders can be an important element of a bird’s winter diet, but they still rely on a diverse range of naturally accessible winter foods.

• Caching Food: Birds that live in the same location all year typically cache food in late summer and fall, storing stores of seeds and nuts in sheltered spots to recover later. Some birds bury their food, while others tuck it beneath bark or push it into tree cracks. Many jays are expert food cachers, hiding hundreds of nuts before winter hits. Non-eating nuts and seeds may sprout and develop into grasses, shrubs, and trees to restore habitat.

• Molting: Some birds that live in severe northern regions all year will moult in late summer and early fall. They will grow an additional coat of insulating down feathers at that time to assist conserve body heat and safeguard them from extreme cold. These birds may moult again in the spring to a brighter breeding plumage or just to remove the surplus feathers.

• Bird Personalities: Birds that do not migrate tend to have more aggressive, domineering personalities. They are inquisitive and clever, and will study novel items in search of food or refuge. This enables these birds to defend their territory against hungry invaders, seek out uncommon resources such as roosting in odd places, and be more eager to sample novel meals or visit feeders.

• Mixed Flocks: Many birds which remain in the same area all year will band together in mixed flocks to feed in the winter. While this increases competitiveness for any food that is available, these birds frequently have somewhat different foraging tactics that reduce antagonism. The flock would benefit from having additional eyes hunting for food. During the winter, many tiny birds, such as chickadees, wrens, nuthatches, and downy woodpeckers, congregate.

• Communal Roosting: Because of their shared body heat, birds that roost together have a higher chance of surviving an unexpected nighttime cold snap. Many nonmigratory tiny birds, such as tits and chickadees, will cluster into any available cavity for nightly roosting, and winter bird roost boxes are great for providing that cover.

Many people have the false belief that all birds migrate. Nevertheless, if you know the advantages that birds gain from remaining in the same range, you’ll see the special adaptations that year-round residents have to thrive without extensive travels, and you’ll be ready to appreciate these species all year.

What Do Baby Birds Eat? For wild birds, spring is a hectic time of year, with mating, nest-building, and raising young in full swing. When fledgling birds hatch from their shells, they are utterly reliant Read more…